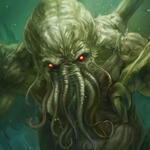 Why did I not know that annsummers has such fine shots of her... 😮
Recommended by maybejames