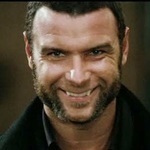 a self-restrained FA and his foodee wife (comparison pic on Pg.5!)

By scissortooth, October 25, 2015 in Lifestyle Discussion