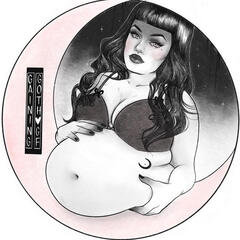 The long awaited second round of GGGF's Snack Time Q&A is finally here! In this HOUR long clip, GGGF sits down to enjoy a snack consisting of pizza and fries with a ton of mayo while she answers tons of questions from YOU! If you recently asked any questions, it very well may be covered in this clip. And if not, you will still definitely learn a LOT about your favorite goth fatty in this clip! If you are interested in learning more about GGGF (general life, interests, gaining experience, move to Germany etc.) then this is not one to miss! So get yourself a snack and sit down with GGGF as she stuffs fattening food into her greedy mouth and has an intimate chat with you! ✨🍿

🖤 If you enjoy the video, please leave me a review! They help me out a ton, and I absolutely love hearing your thoughts and feedback. Thank you SO much for all of your support! 🖤