Squeezing, Bending and Jiggling!!! FATTER THAN YOU HAVE EVER SEEN ME!!! 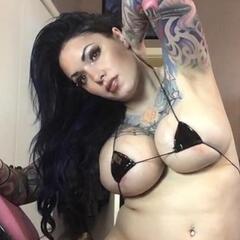 This was made as a request but I really think you guys will be IN LOVE WITH HOW FAT I LOOK!!!   I’m doing several stretches and poses showing and UNPRECEDENTED  amount of ROLLS AND CELLULITE!!!  You will be shocked!!! I save the best for last with a VERY CLOSE UP VIEW OF ME STRETCHING MORE AND BOUNCING!!! Complaining about my new fat throughout!!!

THIS IS ALL ABOUT THE BODY!!!  It shows every flaw, roll, crease, bit of cellulite!!!

I’m purposely not showing too much in the screenshots so you can be just as shocked as I was when I saw HOW FAT I looked!!!